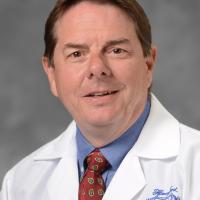 Henry Ford Hospital
Scott Kaatz, DO, is a Clinical Professor of Medicine at Wayne State University and a Hospitalist at Henry Ford Hospital in Detroit where he serves as the Medical Director for Professional Development and Research in the Division of Hospital Medicine. He attended medical school at Michigan State University and completed his residency in internal medicine at Henry Ford Hospital. Later in his career, he earned his master’s degree in Evidence-Based Health Care from Oxford University. He has a long-standing research interest in anticoagulation and thromboembolic disease and was the Medical Director of the Anticoagulation Clinics for the Henry Ford Health System in Detroit, MI for15 years. Dr. Kaatz is a Fellow of the American College of Physicians and a Senior Fellow Society of Hospital Medicine. He is a past President of the Anticoagulation Forum, Thrombosis and Hemostasis Societies of North America and the Michigan Chapter of the Society of Hospital Medicine. He also serves on the Medical Scientific Advisory Board of the National Blood Clot Alliance and the Board of the PERT Consortium and has served on the National Certification Board of Anticoagulation Providers. He has participated in many research studies with an emphasis on anticoagulation, atrial fibrillation, peri-procedural anticoagulation, and venous thromboembolism prevention, diagnosis, and treatment; and has published over 300, articles, book chapters, and abstracts in this field.